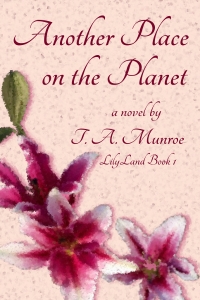 I love my readers. I ADORE my readers who take a few minutes to post a review on Amazon and Goodreads or even her own book review website. I cherish all my reviews and will probably do so until I get too many to read. Even the ones I don’t fancy so much give me insight to how I might improve. Can you spot a theme among these reviews, a clue to what I seem to do fairly well?

5.0 out of 5 stars A very good read! October 22, 2012
By D. Mosimann
Format:Kindle Edition
I downloaded this book because I like a good read and was curious. I found myself pulled in more than I thought I might be. It is not your typical “christian romance” but deals with real issues faced by what feel like real people. The tension created between characters and with events kept me riveted and I ended the book so very glad I had read it and wondering where it would go from there. I will certainly keep an eye out for any sequels.
5.0 out of 5 stars Anther place October 1, 2012
By devone
Format:Kindle Edition
I absolutely loved the characters. Their descriptions made me want to jump up and go find me a few 🙂 I love how she brought the life of the rich and famous to life, giving us a glimpse. The story is one many can relate to and shed a light of hope to those who have been through or know someone who’s been throug an abusive relationship. A great story.
5.0 out of 5 stars Compelling characters that I cared about. March 5, 2012
By Sarah
Format:Kindle Edition|Amazon Verified Purchase
Although this is not the usual genre I read, I was pleasantly surprised to find really well-developed characters who display depth and process and growth. Their conversations are believable and their development makes it a fast, easy, and compelling read. I found that I cared about the characters, particularly Lily and Charlie, of course, and their decisions, but the sub-characters were substantive as well. I had personal and emotional responses – sometimes sympathy, sometimes frustration (at the character’s choice, not the author’s depiction) – to their situations and choices. While it seems like it’s a lighter read, it really does get into some deeper issues and questions through the characters and plot, again, a pleasant surprise. The plot is not complicated and we all wish we could inherit millions and build a new life for ourselves, but there is more complexity than I expected, and it was woven together well. The cover says that it’s “Lilyland Book 1” – I’m interested to see where the characters go from here.

They Snagged Me!, March 29, 2012
By
Tricia Ambrose
This review is from: Another Place on the Planet (Lilyland) (Kindle Edition)

I read an advanced copy of this novel, and by far its best quality is its superb character development. Before you are even one-quarter into the tale, the characters are very viable and engaging, and I just had to keep on reading to find out what decisions they would be making, and what they’d be learning through both their wise and poor choices. I found myself often “talking” to them as I read – either cheering them on, or warning them off – a true indication that this author had accomplished successful characterization. Even when I didn’t particularly like a character, due to some of his/her floundering actions, I could not disengage! Well done! I look forward to finding out how they evolve in the upcoming sequel

T.A. Monroe certainly knows how to write flawed characters. Lily, an abused wife, trying to move on with her life, even though her abusive husband’s death haunts her. Annie, the daughter who blames Lily for her father’s death. Charlie, a Hollywood bad boy. The story takes the reader through the world of the cinema. Loved the behind the scenes look at movies. I found the story moving right up to the end.
5.0 out of 5 stars Draws you in…, April 15, 2012
By
Chess Widow “Cindy” (Chicago area) – See all my reviews
This review is from: Another Place on the Planet (Lilyland) (Kindle Edition)

Lately, I’m not much of a reader but this one has me interested again. I was drawn into the story, probably because I needed a fantasy, and found that I just couldn’t put the book down! The characters are well developed and I found that I didn’t like some of them but it just made it that much more believable. I’m looking forward to the next installation of Lilyland and other books by T. A. Monroe.

This was a freebie from Goodreads FirstReads giveaways.

I loved this book. Ms. Munroe did an excellent job creating characters that were engaging and easy for the reader to love/hate. Yes, their experiences center around a darker subject (domestic violence and sexual addiction) but it was refreshing to see. She was not afraid to shy away from the harder subjects that people would like to forget about. I felt so much empathy for Lily as she dealt with the demons caused by her previous life. As a former victim of domestic violence, there were many times that I could remember that part of my life where it seemed like everything caused a flashback. This is an excellent testament of hope for people who have been her place to show, regardless of the situation, it can get better and be better. There are Christian undertones and excerpts throughout the story but not excessively and always used to highlight Lily’s journey from where she was to where she ended up.
I would have liked to have more detail about Charlie and what made him the way he was. His intense therapy and rehab are mentioned but not in much detail. Perhaps if there is a sequel that part of the storyline can be developed. There were also a few part of the story that seemed to drag a little for me but after a few pages it was over.
There were several times throughout the story that I found myself welling up with tears, wanting to shout at certain characters, or just to take them by the shoulders and shake them. To me, that makes for an excellent story.

Overall, an excellent read for anyone who’s not afraid to recognize that all storys, people, characters and lives are not sunshine and roses.

This book was depressing and a bit awkward… I did not enjoy this book at all. But im not one of those rude people who downright slam a book no book is terrible its just not my kind of book. On the good side the charicters are very realistic, and the author is good with wording things. (Goodreads)

ANOTHER PLACE ON THE PLANET (Lilyland Book 1)

***Though the author provides the free ebook, I offer the opinion.***

Lily Mayfield had a hard life, enduring an abusive husband who, in the end, committed suicide, and his death left her daughter blaming Lily for his demise.  She’s a survivor of abuse who hasn’t learned how to live. Although seeing a therapist, Lily rejects advice to get out from her isolation and meet people. Soon, her therapist is questioning whether Lily would be better off with another therapist. Reluctantly, Lily takes a small step into the world of the living and enrolls in a class.  Maybe she was too old to relive her dream, but she could learn more about it. Her marriage stole the dream and the passion, but she can’t help being drawn to the creative arts.

Meanwhile, it would appear that Charlie Winston has it all, but he no longer has a son.

Mattie’s death wasn’t the only reason he lost his wife. His life is in Hollywood, but his undoing is Hollywood. Secrets, addictions, and haunting darkness make him as dysfunctional as the day is long, and Tinsel Town doesn’t mind these kinds of things from a filmmaker who’s at the top.

In Arizona, he’s performing his community service—for topping out his speedometer on the state highway—by teaching a filmmaking class. It doesn’t take long before he begins to feel different about himself outside of California, and when he meets the woman he met just a year ago, he begins to think about her differently too.

The sun bunnies of California will hop to and from famous people and those in the business. To them and to Charlie, everyone’s a hump away from the next stop on the Hollywood express. Princess Mayfield, he dubbed her that the first time he met her, was different. He’d treated her like Cinderella at the ball but she didn’t hop. Seeing her again makes him realize the place he’s been living feeds his sickness, and maybe she’s the only person who wouldn’t. However, she could be the only person who sees through him enough to recognize it.

ANOTHER PLACE ON THE PLANET (LILYLAND) by T. A. Munroe is a story about dysfunctional people, unhealthy relationships, and a location that loves them all, when they’re successful. This is not a love story but a story of how one needs to love self.

You’ll see the mistakes Lily makes and suspect there’s more to Charlie than what you do see, but you’ll find out that Hollywood can be a lonely place or a richly filled land of opportunity with plenty of second cast members to meet and follow. I must warn about the adult language and situations depicted, but these add to the story and understanding of the characters and aren’t overdone.

T. A. Munroe gives us characters that could be someone you know, and their situations could appear in any newspaper or tabloid. She gives us the good with the bad, provides a story you’ll need to finish with people you want to get to know, and weaves an element of faith throughout.