Yesterday I happened upon a Yelp review for the local family-owned garage we use. The review was in the not recommended section. A user identified as Jeff discussed an unsatisfying phone experience. “I seemed to offend the VERY RUDE women [sic] whom answered the… geese lady. You need medication, it’ll help with the hot flashes.” (emphasis mine.)

Of course, I don’t know if the woman was actually rude to this man or if he was being a jerk (because jerks usually don’t admit to it). I’ve most likely dealt with the woman in question and have always found her pleasant and exceedingly helpful. But we all have bad days and people dealing with customers might have them more often.

What I object to is the reviewer insinuating the problem was caused by the state of the woman’s hormones, of which he knows nothing. This is an example of the age-old sexist thinking about women. I could go on about how women’s hormones have benefited Jeff over the course of his life, but I won’t. I could go on about this kind of treatment of women even in this day and age (Donald Trump, et. al.) but I’ll do that another time.

Yes, maybe there is medication to help with hot flashes, but unfortunately there are not any to help with being a misogynist asshat.

I’m looking at you, Jeff. 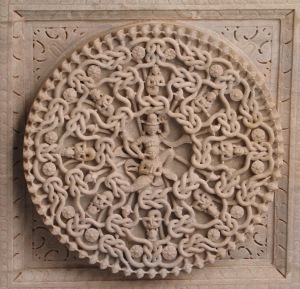 Or maybe, Jeff was eperiencing universal karmic payback for all the times in history that women have been intellectually and finacially abused by males while getting their cars worked on. If that’s the case, Karma must have believed he deserved it.